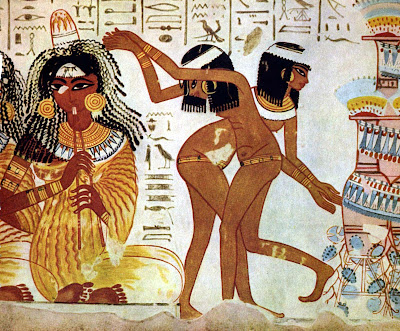 In a previous post when I referred both science and religions as models, many colleagues rushed to comment that all religions may be models except their own. This response clearly indicated that in their perceptions a model is a “bad” thing as far as the religion is concerned. What they say maybe 100% correct in their frames of reference. What I present below is what I see in my frame of reference.

I define a model as a concept (or hypothesis) that we accept to be correct and applicable in solving our problems. Here, by the term “we” I refer to human intelligence, however, there are instances that many other living beings adopt models to solve their issues.

In the above context, science runs almost 2 million years back in the timeline, compared with religions (refer the article “Science”). Thus, religion is a newborn baby compared with science.

Why religion is a model?

It is very evident that primitive religions have been originated, perhaps about 60,000 years back, to find ways of avoiding natural calamities such as floods, droughts, landslides, lightning, bush fires, volcanic eruptions, plagues, insect swarms etc. The primeval communities may have expected that the divine models developed and the consequent rituals done to appease these divine powers could save them from nature's catastrophes.

In the last few millennia, while still paying the attention to getting protection from natural disasters, many civilizations have changed their primary focus of religion to another dimension. That is to get a better position in the “beyond-earthly-life (BEL)” phase.

Primitive religious models may not have been survived for long as they were frequently tested against physical phenomena. When a model failed several times in a raw, the communities may have understood that they need to change the model and seek another divine power.

As the civilization and “intelligence” developed, people, especially clergy, may have seen this distinct disadvantage of the primitive models (drawback for them rather than for people). In this backdrop, BEL may have been an excellent concept to make their religious models to last long as the models can never be tested against the hypothetical concept.

An analysis of BEL concept reveals that it has introduced a few hypotheses that human intelligence has not captured for almost two million years.

- There is a non-physical superpower/s (God) or absolute law (Karmic) which determines the BEL.

Combined with the above new hypotheses, many religions introduced another concept borrowed from primitive religious models. i.e. one can reach ultimatum of BEL by appeasing the hypothetical superpower/s or following practices (guided by the religion) that is aligned with good karmic flows. The ways of appeasing the superpower and practices of aligning with good karmic flows vary from religion to religion.

None of the above hypotheses could be tested by an external party (one can only self-conduct that either by going through death or having super-human senses). Thus, they are well secured.

The above description clearly shows that all religions are models that have been developed to address the question of what could be the best to happen after death.

The same models, untested against the basic hypotheses, have then been applied to many other purposes in the physical world, similar to those in the primitive era; getting rid of natural calamities, gaining social and economic benefits, gaining beyond-normal psychological powers, the survival of clergy, survival and/or enhancement of the power of the ruling party etc.

The pattern of spreading of the religions and their dominance during the last 1-2 millennia reveals that the last two points above are the main determinants of the success of religions in existing among the human masses. A religion that provides the best assistance to the well-being of clergy and the ruling party have the best chance of expansion.