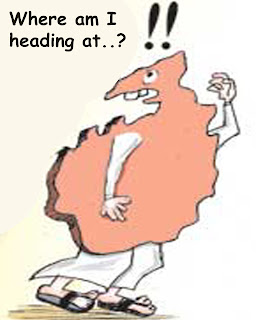 A harbour in the down south and a secondary airport elsewhere were needs of Sri Lanka for years. The government had the right vision and they decided to go ahead with both projects.

However, whereas, one is emerging a total failure, the other shows signs of becoming yet another white elephant...

Latest is the relaxation of taxes for racing cars... May be a good visionary goal, but ended up making the government a laughing stock even among the ardent supporters.

I am not a political or economy analyst, however, keeping a close eye on what's happening around and having periscopes and bug-mics in inner circles of both sides, I think I get enough information to make a fair analysis on the situation.

Since the war was over; The Mission Impossible was successfully accomplished; the government is proving again and again their inability to achieve apparently excellent vision through thriving mission. 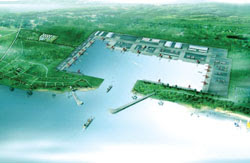 Positioned at a strategic location and being the hometown of the president Hambantota had all the signs of becoming a profitable harbour that may bring much needed foreign income to the country.

However, "signs of prosperity" is not enough to achieve the goal in the modern context. One has to do proper homework as well.

Even USA carry out many of their mega projects through loans. When you take a loan for an investment, the most important aspect to be focused is the "Return on Investment". You cannot wait indefinitely to recover your invested money as you need to pay installment which include interest as well. Thus, when you launch a project such as developing an international harbour there are many aspects of ROI that one has to workout at least 5 years prior to the borrowing of money.

a. thought of the need for such harbour and whom do they plan to cater?

b. discussed and negotiated with leading shippers for getting their vessels for service?

c. anticipated strategic and technical issues that may arise?

I am sure that the answer is a BIG "NO".

Otherwise they may not,

a. be waiting two years now for a ship to come to the harbour for a real need. So far the few vessels that have reached the harbour is either by invitation or by force,

b. find a rock to be blasted few months after filling the premises and prepare harbour maps one year after opening it.

c. be running after Indians, begging for investment in the harbour premises more than one year after opening the harbour.

Now the project has added a huge burden on the nation's tiny economy. Each day passes-by, the harbour cost the country a fortune in terms of the operational cost, in addition to the accumulating interest of the loan.

Being proud of having a harbour is not going to reduce the installment.....

"In many African and Latin American countries, Chinese Loans are termed "FIRE". Smartly used, fire can deliver many good things, however, wrongly used, it may destroy your entire wealth and take your life as well" 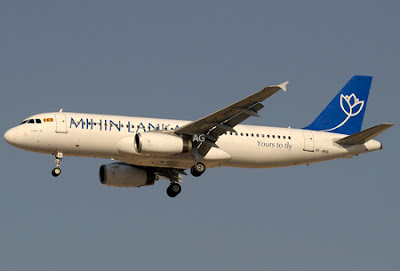 Losses for year 2011 alone is reaching a staggering figure of USD 18.6 million (as per the annual report of Civil Aviation Ministry), Mihin Lanka has become a living curse for the country.

Didn't we need a budget airline for the country?

Is this a visionary defect?

Air Asia making huge profits and Sahara, Kingfisher, Deccan etc. going pretty well, the establishment of Mihin Lanka was well timed and well visioned. However, the project became a total blunder within few months since it is launched.

The government disappointingly failed in capitalizing on the needs of the region.

Wrong people at the wrong place, unethical motivations, mismanagement, too much corruption and lack of strategic planing....to name a few reasons. 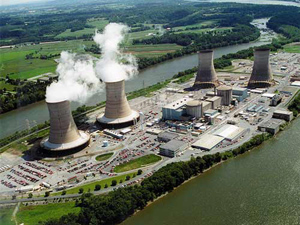 Thanks to late Mr. J R Jayawardena and late Mr. Gamini Dissanayake we are somewhat sufficient in power if rain falls timely and sufficiently. However, if weather gods go mad.....the country is in darkness. Hence the development of power plants driven by other reliable energy sources was/is  a concurrent need.

Thus, investment on Norochcholei power plant was a need of the hour....But.....

Since it was established, it is more often out of order than operating at normal capacity?

"Accountability" is another word for "foreign conspiracy" in Sri Lanka 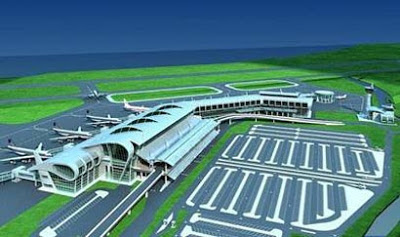 Can someone tell me the purpose of constructing an international airport in Hambantota District?

An Air Asia return ticket from Malaysia to Sri Lanka cost about Rs. 25,000 on average. Hiring of a comfortable air conditioned van between Mattala and Colombo will cost Rs. 50,000.

From Malaysia to Sri Lanka, the air journey will take about three and a half hours.
From Mattala to Colombo, a van will take 5-6 hours.

Are there any mass scale business ventures in Hambantota at present that people regularly travel there by air?

Do you expect the pilgrims that go to Kataragama (who even take firewood for cooking in their vehicles) to buy Rs. 10,000 air ticket, go to Katunayake airport from home spending Rs. 2000, reach Mattala and spend another Rs. 2000 to go from there to Kataragama?

Airport statistics show that 95% of the local passengers that travel abroad comes from (or go to) places closer to Colombo than Hambantota (Actually over 75% of passengers come from Colombo, Kandy, Kurunegala, Galle and Ratnapura).

Is Katunayake airport fully utilized and the number of passengers and air crafts are too many?

If you can get the information about the rate of flight arrival/departure in Singapore and that in Colombo, you will definitely feel very awkward about having a second international airport in Sri Lanka.

A domestic airport in Kandy or Galle/Matara could have been somewhat justified, considered the heavy traffic in Kandy Road and Galle Road. 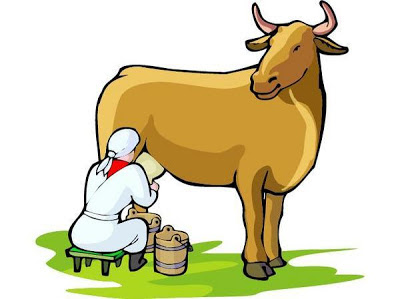 What is the price of 1 liter of milk today? It was Rs. 120 (in paper carton) three years ago. Now it may be at least Rs. 150.  Once you open the carton, you have to consume it within two-three days. And these milk cartons are available only at big super markets.

Usually a government impose import tax on goods if those items are available in ample quantities in the country and the price has gone very low due to imports.

But in Sri Lanka.....fresh milk is a rarity.

Has the government estimated how many more cows are needed to bring the price of a liter of milk so that common people can afford it? At the first place do we have enough grasslands to cater the national needs?

How long will it take to develop the dairy industry to produce this quantity of need?

Do we have facilities and mechanism to distribute such products to the common people? If not how long will it take to develop such?

Without taking any such points into account when the government increase the common man's food price......??????

No tax on racing cars 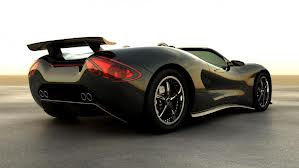 The government gave a tax relief on racing cars citing that it will boost the tourism industry in the country.

However, will we get tourists when taxes on racing cars are relaxed? If they want to see racing cars they will go to any city in South of Europe....

The racing business in Asia is now dominated by Malaysia. Internationally reputed racing tracks, ample accommodation and entertainment facilities, travelling security, relatively low cost of goods and facilities and excellent infrastructure have made Malaysia, the number one destination in Asia for racing lovers.

They have not achieved this status overnight. Almost a decade of development of racing infrastructure, integrated with other development schemes in the country made Malaysia reaching the heights.

Racing is rich man's sport. A racing fan does not come just to see the race. They come for many other comforts and entertainment as well.

Being a paradise island with many nature's wonders to watch, Sri Lanka is ideally placed to give a good competition to Malaysia.

However, Sri Lanka first need to develop at least one international racing circuit which will take about 3-4 years minimum. Together with that we have to develop, casino industry, hotels in the area of the racing circuit, highway infrastructure, other entertainment industries etc. Above all, we need to reduce the crime rate and number of incidents of human right abusing. Incidents such as killing 27 prisoners or assault on legal system, journalists etc. are not going to help this cause at all (whatever logic put forward by government to justify their role).

Taxes on racing cars should be relaxed only after achieving such essential needs.

Now lets make a simple calculation. One Lamborghini or Bugatti will cost about Rs. 50 million minimum without any taxes. Importing 200 such cars will cost the nation Rs. 10000 million or Rs. 10 billion. Let's forget about the cost of developing racing circuits, infra structure etc., which will cost many times more than the cost of cars.

To earn Rs. 10 billion, how many additional tourists should be attracted? Don't forget that we have to compete with many other countries where the sport is well established.

I'll let you complete the mathematics. 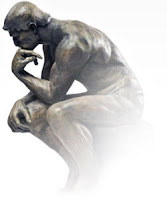 In present day context, no one throws borrowed money on something that will give dividends in 10-20 years.

* the borrower will be totally exhausted paying installments
without any earning 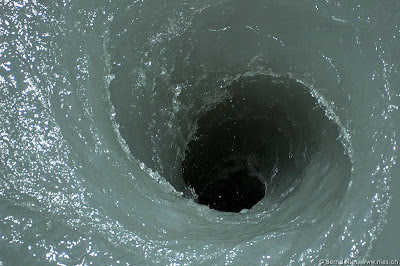 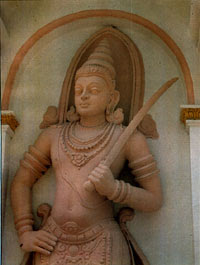 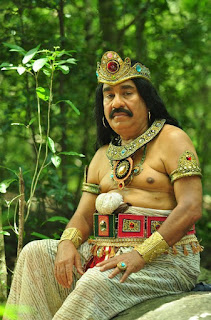 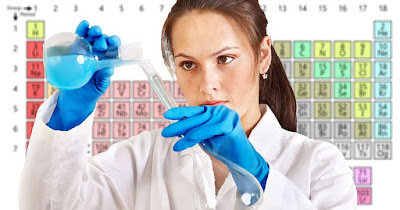