Where was Lord Buddha born...?


Where was Lord Buddha born...? 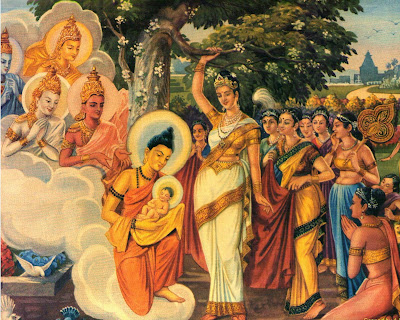 Even a funeral can be a knowledge hub

My last visit to Sri Lanka was in the late September 2013, for  4 days. That was to attend my father's funeral.

Being a jolly good person, he passed away without giving any burden or trouble to the others; just passed into the next phase of "Sansara" with a smiling face.....

Thus, his funeral was not filled with non-stop-crying people. There were many discussions on various topics, business and politics to philosophy and rocket science at many corners of my sister's home where the funeral took place.

Late in the evening, one day, during the funeral, a heated discussion started among two of our elders.

One of my uncles is a firm believer of the newly emerging radical theory of the "Sri Lankan birth of Lord Buddha".

There were several other relatives who were strongly against the theory. Few of them even ridiculed my uncles opinion.

Despite several invitations to give my opinion on the matter, I opted to be tight lipped. It was not a suitable platform to express my thoughts. Only a fool will jump into the middle of a battle front and shoot in both directions.


If Newton was born in Azerbaijan...

If I take you to your childhood, most of you may remember that in the middle school we learned few equations called "Newton's equations of motion". Newton is the gentleman who got a rotten apple knocked on the head. I think many of us knew that Newton was born in England.

Newton's equations give us few relationships between velocity, acceleration, displacement, time etc of an object in motion. Once you know few minimum parameters, the equations will get you the others. Of course, there are few conditions that should be satisfied.

Similarly, if Kirchhoff was born in Sri Lanka, instead of in Russia, would you expect the electric current to follow different laws....?

Even if Newton, Kirchhoff ........ etc were never born, still the nature's laws would hold as it did for the last many billion years.

What these scientists did was to reveal the patterns of nature which existed for all this time.

Lord Buddha did the same; he revealed himself the natural laws that govern the universe. Even the research methodology followed by the great philosopher was not much different from what we practice today in modern science.

Then he did literature survey; To find the answer to "the reason of suffering", he went from teacher to teacher learning all existing theories at that time. He questioned, discussed, debated and argued with others and with himself to find the solution.

Then he executed experimental procedures; To find the path to the liberation from suffering. Coming from a wealthy royal family, he knew that the high luxury could not get him to the right way. Then he adopted the next option; extreme suffering or self-mortification. His research object was his own mind and body. Finally the experiment failed giving him few important lessons.

The knowledge he gained was disseminated in a large number of sermons which we basically call "Suthra". In today's printing technology, this knowledge base goes over 17,000 pages of A4 papers in Times New Roman font, size 12.

The essence of his finding is the "giving up". Giving up the adherence to worldly or heavenly luxuries.

Lord Buddha did not make any discrimination between races, nationalities, casts or socio-economic status. As he pointed out we are simply actors on a given stage for a short period. Once we finish our part in one drama we have to move to another stage for a different drama. Our enemy on one stage may be our father or son on another stage.

Said all above, now think again about the debate on Lord Buddha's birth certificate....?

Will the place of birth of Buddha matter for a Buddhist, for being a Buddhist?

Do the nature's laws postulated by Lord Buddha is going to be changed if someone proves tomorrow that Lord Buddha was born in Sri Lanka or Pakistan or Madagascar....?

It is a different scenario to discuss this matter with an archaeological point of view. However, going into all the trouble of finding facts just to be proud of Lord Buddha being your own countryman is absurd. Imagine, that in the next life you will be born in Iran or Papua New Guinea; are you going to alter the birth certificate of Lord Buddha accordingly.

For the last three decades I have been witnessing the aperiodic psychological confusion that has been undergone by the so called Sinhala Buddhists with respect to attitudes of India.

As it happens in many parts of the world; India try to play the "landlord" or "regional policeman" role with neighbors as it is the most influential landscape in the region; politically, economically and culturally.

Being a victim of this aggressive attitude, Sri Lankans most often feel India as an unfriendly bully rather than a caring elder brother. This anti-Indian sentiment aggravates when the big guy escalates his aggression once in a while; eg. during air-dropped dhal saga in the late 80s and recent decisions taken by India at International Fora to vote against Sri Lanka.

Sri Lankans, especially Sinhala Buddhists strand themselves in a dilemma in such situations. In one side, they have to develop burning fire within themselves against India. On the other side, the originator of their religion, Lord Buddha and the initiator of their race, according to their bible of history, "Mahawansa", Prince Vijaya, were Indians.

The above is the main reason of looking for a Sri Lankan birth certificate to Lord Buddha and digging the graves of a Ravana to negate the claims of Indian originated race stated by Mahawansa.

Going after such new phenomena based on lame and ridiculous theories will not lead us anywhere, other than developing egoistic psyches that will disturb our mental serenity and social harmony more and more.

During the funeral, I found that my uncle was getting into further and further complications with his Buddha's birth place and Ravana theories as the others tried to dig deep into the subject. When he tries to show that Mahawansa was wrong with respect to Vijaya, he drags his all-time Sinhala hero "King Dutu Gamunu" also into jeopardy, 'cause it is the same chronicle that authenticates the heroics of Dutu Gamunu.

I have been really fascinated by the archaeological exploration that has been conducted by likes of Dr. Raj Somadeva, which gives rise to great revelations of Sri Lankan history. However, it is unfortunate that some people, who may know next to nothing about archaeology, try to interpret these findings in their own ridiculous ways in mass media even before the real scientists who conduct the research state anything.

We cannot reach, peace or prosperity by doing what we do, with hate and fury. What others do will decide their destiny. If we plan what we do, based on what others do, then we will get into a never ending path that brings us only heartaches and pain.


The overlooked Beauty of Buddhism

The Beauty of Buddhism is that the Buddhist Philosophy will remain 100% as it is, even if someone proves that Lord Buddha has never existed. This is similar to the fact that Newton's existence is immaterial for an object to follow the equations of motion.

Lord Buddha's existence only gives us lessons to be adopted for our life from the life style of this great personality. Such adoption makes us easier to practice the philosophy in day to day life and also in more spiritual way in the long run.

Buddhism says that the detachment from everything may lead to the supreme enlightenment at the end. Detaching from "everything" cannot be done overnight. It may take several or many thousands of years; many births, many deaths, many forms of life (not only 3-D forms of life).

However, we may start "detachment" or "giving up" from whatever the level we can. First the evil deeds, then extreme greed, then physical or material substances, then heavenly or spiritual entities and finally even Buddhism......

* Buddhism is not something to be protected; like protecting a sack of money or a gold treasure. Buddhism is to be practiced. If you mean "making it last long" by the term "protect", then the only (and only) way that you can achieve such is to practice the philosophy.

* Some people go even to the extreme, thinking that they can "protect" Buddhism by burning prayer centers, damaging mosques, stoning Muslim shops, self-immolation, harassing and harming people with different faiths etc..... What a joke...!!!!!

* Many Sinhala Buddhists believe that Sri Lanka is a special country so that Lord Buddha has given the responsibility and rights to God Vishnu to protect the country.

Incidentally, people in every country have some sort of stories to show that their country is better than the rest. Here, the irony is that what Sri Lankans believe is in total contradiction with Lord Buddha's philosophy.

Do you think that one who says everything should be given up for enlightenment will ask someone to protect something..... and for what?

If you think that Lord Buddha wanted his philosophy to be protected and maintained for many many centuries or millenniums, then you make the whole Buddhist Philosophy collapsed. May be the Buddhist followers latter wanted to do such, cause they have earthly psych (pruthahjana).

* You don't need to protect Sinhala race to safeguard Buddhism. In the contrary, If you practice Buddhism, Sinhala race (or any other community that will do such) will naturally be protected.

The word "protected" which I used above is to imply that the community will be happy, prosperous and superior in psyche. In other words the people will be protected from disasters created by extreme greed, killing instincts, sexual, political, economical or social abuses etc. It does not mean that you have a divine protection from unexpected natural calamity or man-made disaster (by other nations).

This article may be a bitter pill for many of you. However, I kindly request you to read it with patience and open mind. As a Buddhist you are trained from the very beginning to think and analyse, both logically and rationally. Don't be detached from such practice before detaching from other things ................. 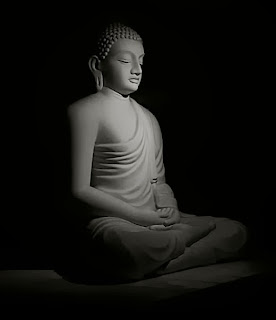 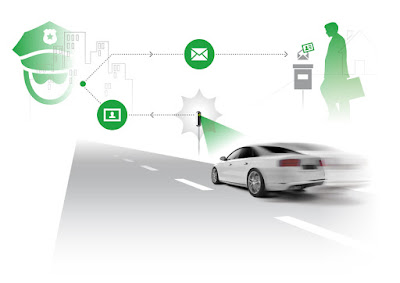